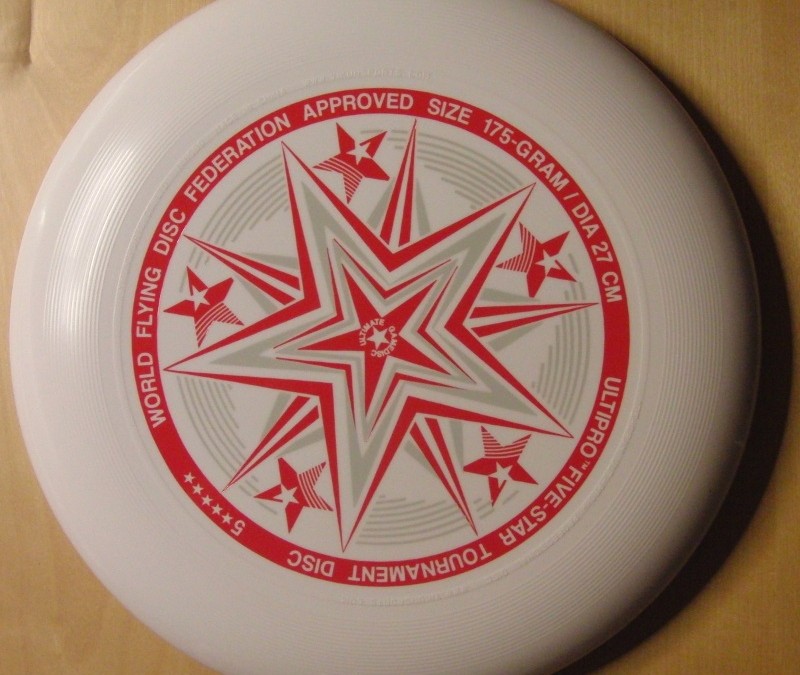 Loading...
This is a standard white disc from Chinese company Yikunsports. It’s similar to the Discraft Ultra-Star, has the same handling and a very similar shape. You can find more information on the company product page. Here is a closeup foot from the print: 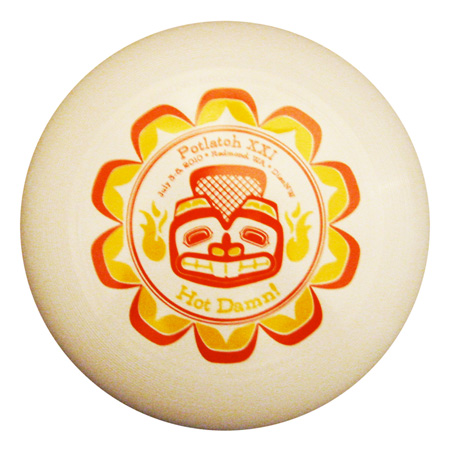 Loading...
This is the last of the 3 discs (TeenPro, FiveStar) from Yikun sports that I own. It’s a special winter edition – that means the plastic material is more durable and soft. Best for playing at -20°C – +5°C. Normal sport discs get stiff and brittle and break in cold temperature. I saw an ultrastar disc same years ago break into more than two dozen parts when we played in Norway. Other companies also produce special winterdiscs (for example Daredevil).

You can find more about that disc at the company page. 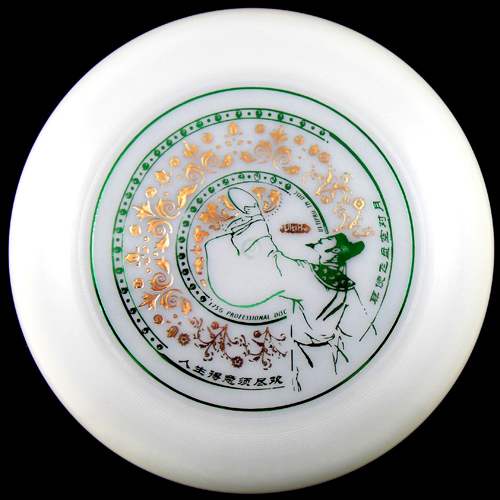 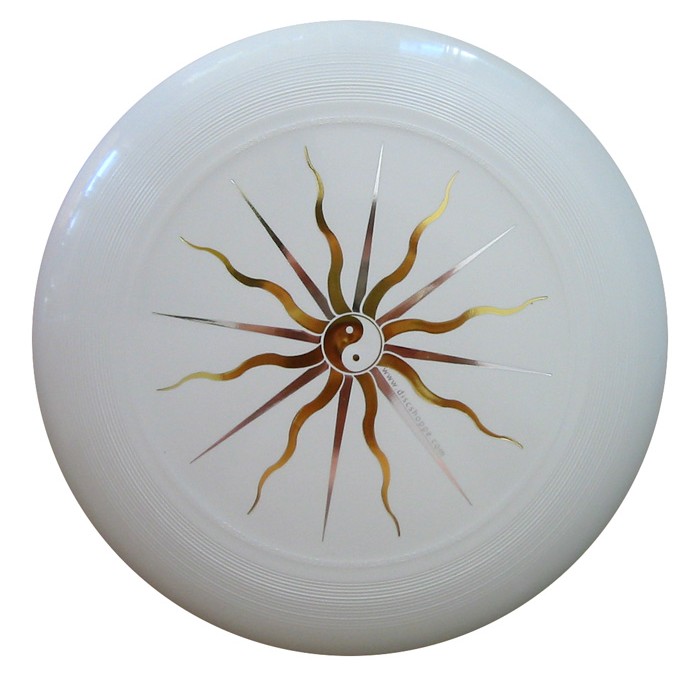 Loading...
This is the white disc of the radiance series from the now defunct theinternetdiscshop.com. Print is in metallic copper and gold with a sunburst and yin yang symbol in the center.
Must be from around 2002/2003
Seite 5 von 7« First«...34567»